Sustainable and impact finance at BANK OF AFRICA 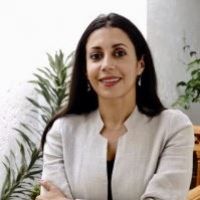 In the face of growing global energy and food demands, Bank of Africa remains fully engaged in its sustainability journey, including the integration of climate risks and financing the transition to a low-carbon and inclusive economy.

Over the past 15 years, the pan-African banking group with Moroccan roots has actively consolidated its position as a regional sustainable finance leader and pioneer, committed to contributing to the energy transition in Morocco and across the African continent.

Bank of Africa’s uptake of sustainable finance can be traced back to its long-held conviction that the financial sector has a fundamental role in the achievement of sustainable development goals, including the transition to a low-carbon future. Bank of Africa in 2000 became the first African signatory of the United Nations Environment Programme Finance Initiative (UNEP FI) and later in 2019 re-affirmed its stance by becoming a founding signatory of the Principles of Responsible Banking.

This year, 2022, Bank of Africa is proud to be a co-founder of the African Business Leaders Coalition (ABLC) launched by the United Nations Global Compact. Through this initiative focused on advancing Africa’s growth, the private sector will have a framework and platform to engage with the United Nations on climate action and subsequently to other SDGs over time.

US-based CURE Auto Insurance has provided affordable car insurance to over a million drivers in New Jersey and Pennsylvania for...

The BBVA Microfinance Foundation (BBVAMF) is the first private institution in the world to implement Oxford University's Multidimensional Poverty Index...

Olivier Rull is the founder and CEO of fintech Caravel. He tells Qorus how they make pensions easy, accessible and...

Since the start of 2022, CaixaBank has boosted the number of locations at risk of financial exclusion served by its...

MicroBank grants €570.5 million in loans in the first six months of the year toward projects that generate a positive social impact, a 22% increase